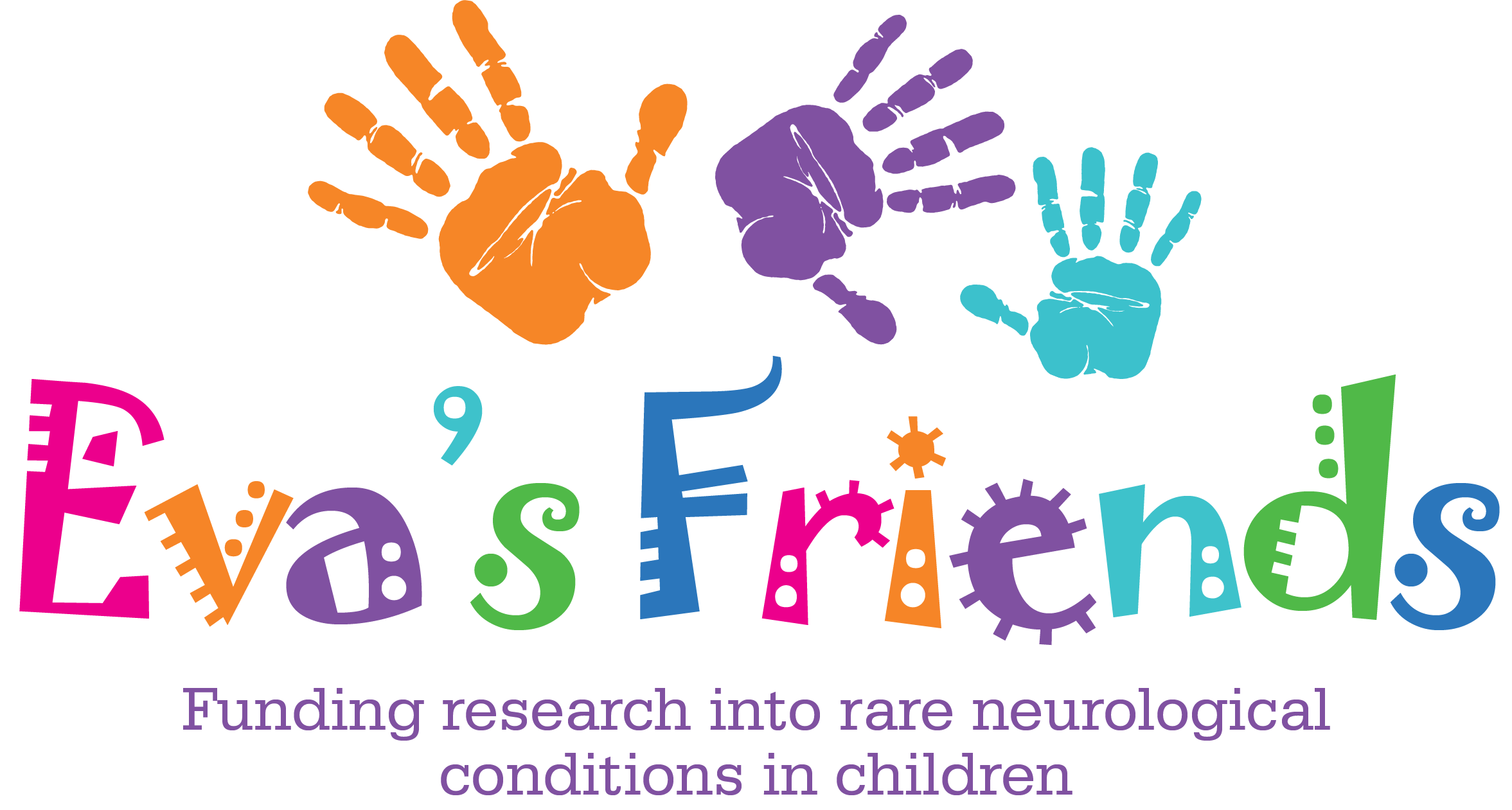 Eva was a very happy, sociable baby. She loved being surrounded by people and was never happier than when people talked to her and made her giggle. She moved through all the baby milestones with ease and we shared her joy as she lifted her head for the first time, rolled, sat up, all the things you would expect. She appeared to be absolutely fine. At nine months we gave her her first baby biscuit. She picked it up and as she put it closer to her mouth her hand started shaking. Little did we know that this was the first sign of her condition starting to emerge.

At eleven months Eva finally started crawling. Initially crawling seemed to be a huge effort for Eva. It was almost as though her hands and knees were stuck to the floor and she had to use all her energy to move them forward. However, Eva soon became a very proficient crawler and was charging around quite happily.

Eva didn’t start walking until she was 21 months and when she did her walking was laboured and difficult. Her balance was very poor and she had a very wide gait.  She was slow, uncoordinated and clearly struggling. We also had growing concerns about the development of her gross and fine motor skills, not to mention the tremor which appeared when she tried to do something. The seeds of doubt were sown.

When Eva had just turned three, we met her neurologist for the first time and within minutes he told us that there was a problem but he didn’t know what. He did however suggest it was likely to be quite rare. It was at that very moment that my heart started to break. Eva needed to have a lumbar puncture and MRI of her brain to investigate what was wrong. Two months later we carried her down to surgery and I sat with her as they administered the anaesthetic. I left her sleeping before joining my husband outside for the agonising wait.

Another six months passed until finally some results came back. We walked into the neurologist’s office and straight away we knew there was a problem. What we were told next was incomprehensible. They had discovered a genetic variation in one of Eva’s genes, GRM1, which they believed was causing her difficulties. The variation had not been passed on from us but rather had occurred by chance at the point of conception. The condition had never been seen before; there was no reference to it in any medical literature and there was no one else who was known to have it. We left with no answers, no diagnosis, no prognosis and a huge number of questions. Our little girl had a condition which had never been seen before and no one knew what the future held.

Then came another shock. Continued genetic investigations uncovered that Eva had a second genetic mutation, this time on a gene called MECP2. Mutations on MECP2 are known to cause Rett syndrome, a serious lifelong neurological disorder.   Symptoms typically appear during the toddler years and children go through a period of regression, losing their ability to speak, walk and use their hands. However, Eva does not have the typical symptoms of Rett syndrome and no one knows how her MECP2 mutation will play out for her.

Eva’s difficulties with balance and coordination severely affect her mobility, her learning disability makes everyday tasks difficult and she struggles to process new information. At the moment there is no treatment or cure for her condition but the rapid developments in the field of gene therapy give us hope that one day thousands of children, including Eva, will be freed from cruel and devastating rare neurological conditions which affect every minute of their every day. A cure is coming and that will change these children’s lives forever.